Remove broken key from lock – Car locksmith Can help you

How can you remove broken key from lock? Of course, over the years technology has improved, and more importantly so have materials. In today’s world, mechanical metal keys are far stronger and better designed than in the past and far less likely to break. That said, we are now faced with a new menace – the electronic key or worse, the key card. In some ways, these are certainly an improvement on old systems, not least because they mostly remove the need to put a key in a door lock, which was always the most likely place to break one. No, the biggest problem with electronic keys and cards is that in their ways they are just as easy to damage. It’s very simple to put a key card in your back pocket and hear that sickening cracking sound as you sit down. Or, as many have done, to put your clothes in the washing machine and a few moments later be confronted by the sight of a costly electronic key fob revolving slowly underwater.

In the early days of new key technology, breaking or damaging a remote key or key card was far more of an issue than breaking a mechanical key. As these units ‘communicate’ with the car, security coding frequently meant a very expensive trip to the garage. If you had a spare key, then the problem was not too drastic, as the main car locksmith could obtain a replacement. However, this did generally involve not just programming the new remote but also reprogramming the car and the other keys. If you did not have a spare, the situation was worse. Quite often, the equipment needed to program the car and the keys were not portable, so the car had to be trailered to a garage and soon; the bill had grown out of all proportion.

Today, however, the position is far better. Although the keys, cards, and remotes themselves have become ever more complicated in the interests of enhanced security, so the matter of data storage and programming has also improved beyond recognition. In today’s world, a large number of manufacturers store full data for every individual vehicle they have made, and this information includes things like the electronic ‘codes’ for keys and remotes. This means that an auto locksmith, subject to obvious security checks, can obtain all the necessary data merely from the car’s chassis number. They can then carry out a job known as ‘cutting to code.’ In this way, new keys, remotes or cards can be provided that are pre-programmed to work with a vehicle, without and problems. Even in cases where the vehicle itself needs its electronic system to be reprogrammed to accept the new keys, this can almost always be done using a small, portable computer.

Of course, it is always best to make sure you have at least one spare key for any car. If you break or damage one, try to get a replacement straight away, because it’s inevitable that if you don’t know you will break the remaining one. Nevertheless, broken car keys need no longer be the disaster they once were.

LEARN HOW TO REMOVE BROKEN KEY FROM LOCK TODAY. 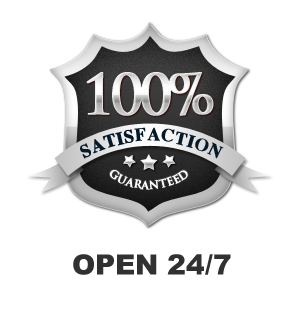